The Madison Library District will:

In the fall of 1920, a group of civic-minded citizens met at the home of Mrs. S. H. Abbott, with Mayor John L. Ballif presiding to discuss the establishment of a public library in Rexburg.

A committee of five ladies was appointed to draft a constitution and by-laws of the Rexburg Improvement League, which was to have as its main objectives the establishment of a library and other civic improvements. Members of the committee were Mrs. Abbott, Mrs. L. F. Rich, Mrs. C. W. Poole, Mrs. C. A. Walfrom, and Mrs. Parley Nelson.

The results of that organization were as follows: The county commissioners gave the use of two connecting rooms in the courthouse; the Commercial Club donated tables and chairs; the City Council voted to donate $25 per month for the librarian’s salary; and the school superintendent cooperated in a drive for books which gathered 800 books, many of which were suitable for the library. Mrs. Parley Nelson was appointed librarian.

Volunteer at the Library 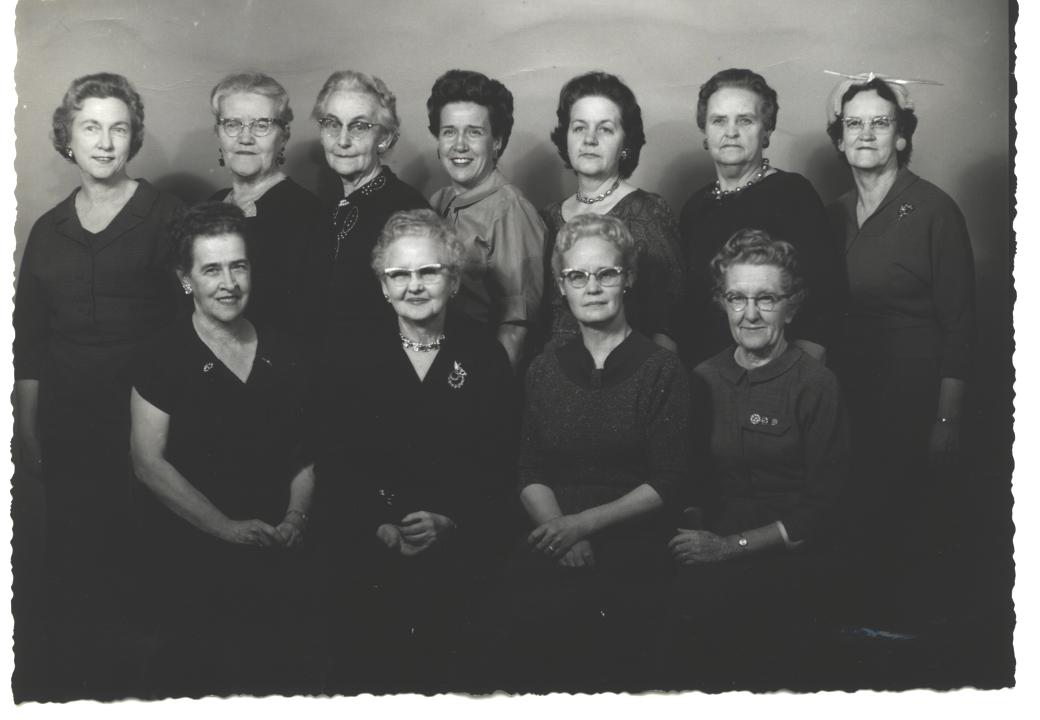 Members of the Rexburg Civic Club, circa 1950

With the growing number of books and patron use of the library, a separate building was needed. By order of the Madison County Commissioners, on September 8, 1958, the library was formed into the Madison County Free Library District, which was described as all property in Madison County except property in School District No. 322. With this new stimulus, the ladies of the Civic Club began an all-out drive to raise the funds for a library building. Local contractor and engineer Richard Davis and his father, David Davis, donated their expertise and labor to this $35,000 project. The city of Rexburg donated a lot next to city hall on North Center Street, and the community got behind the energetic leadership of the Civic Club women.

The fund-raising was under the direction of Trustee Chairman, Lola Webster. On February 22, 1961, the new building was dedicated. In 1968, the basement of the building was remodeled to accommodate a children’s library. Little did anyone dream that in fifteen short years another library building would be needed.

With the collapse of the Teton Dam on June 5, 1976, the flood waters so badly damaged the library building that it had to be demolished. The furniture and most of the collection were also destroyed. The Federal Disaster Assistance Administration sent crews to survey the damage, and together with Mrs. Geraldine Jacobs, Librarian, and Gale D. Reeser, Ricks College Librarian, costs of the building, furniture, and collection were estimated. FDAA agreed to replace everything lost in the flood.

A 12,000 square foot building with basement storage was designed and built at a cost of $405,667. Besides government reimbursement, grants were obtained from the State Library and the Economic Development Administration. A new site was obtained across the street on North Center for the building.

Within two weeks of the flood, a temporary library was set up in the Ricks College Library and an upstairs room turned over to the staff for ordering and cataloging new materials. In September, the staff moved into temporary quarters in the remodeled City Hall. Over 35,000 books were sent in trucks from Utah, which proved to be a gigantic task of sorting for those suitable for library use. The others were given away to families who had lost their collections in the flood.

The new library on the corner of North Center and First North was dedicated on July 27, 1978. The new community meeting room was named the Lola M. Webster Room in recognition of her many years of long service on the library board. 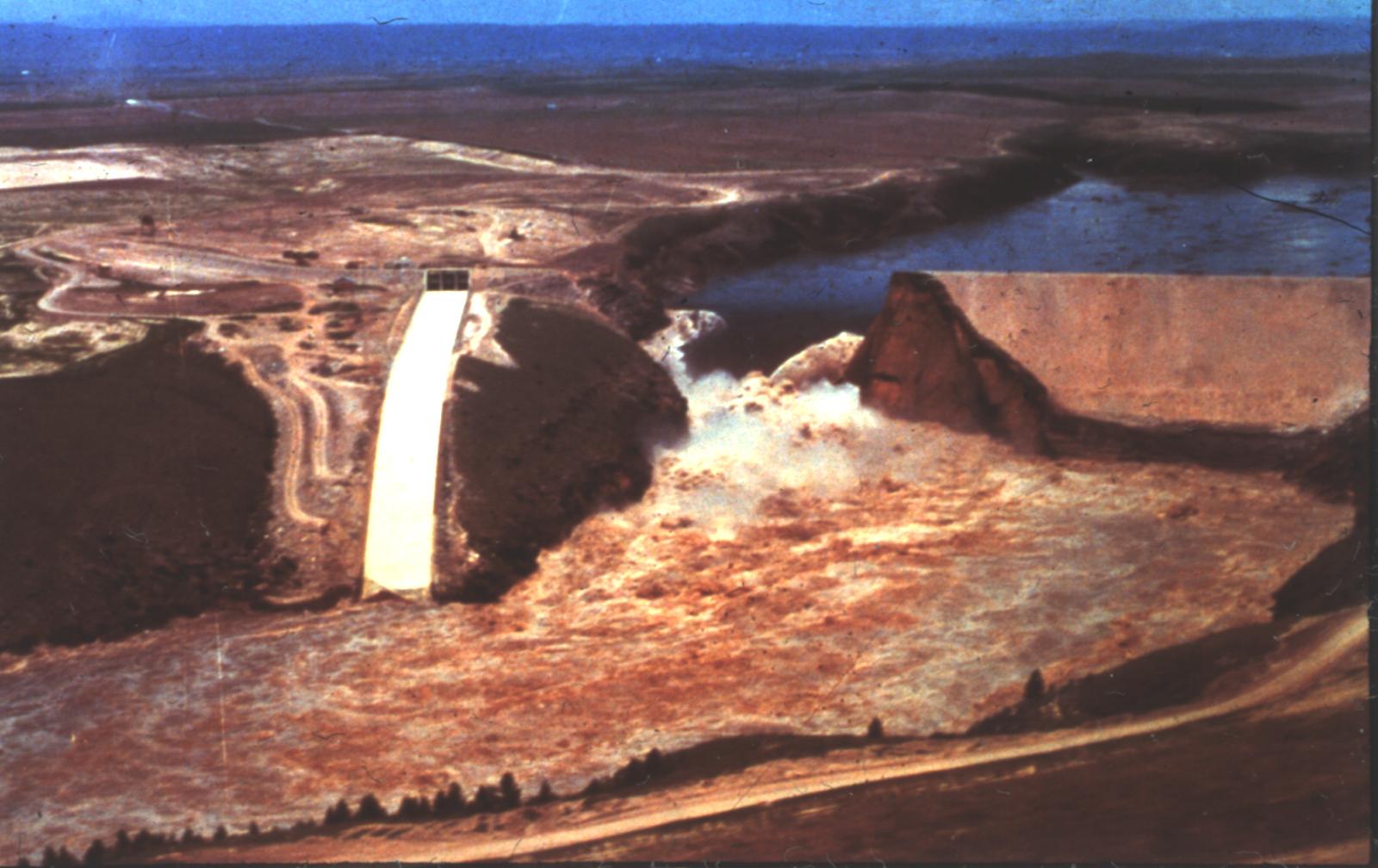 In 1983, the library joined with the Idaho Falls and Pocatello Public Libraries to obtain cataloging and circulation software for the use of computers in the library. In 1991, public access terminals were added for patron use, making the card catalog obsolete. A Bill and Melinda Gates Foundation grant bought five computers for public internet access in 2000.

Also in 2000, it was determined the collection had outgrown the allotted space, and the Webster Room was remodeled to house the children’s section. This meant the library no longer had a meeting room for public use.

The library was again the recipient of funding in 2005 courtesy of the Gates Foundation, replacing four aging public computers. And in May of 2006 the Madison Library District became the first library in Southeastern Idaho to install a radio frequency identification (RFID) system, including a self-checkout station for patron use. Public response was immediate and very positive. Another Gates Foundation grant in 2007 added five more public internet computers, bringing the total to 13. In November 2007 the Madison Library installed its own computer software, Horizon from SirsiDynix, to manage cataloging and circulation of the collection.

Beginning at the turn of the 21st century, discussion began in earnest regarding the need for a larger library to serve the ever growing population of the district. Several sites were investigated but none seemed suitable. Late in 2007, it was determined the Idaho Code would not permit the district to bond for enough to build a new building.

At a special meeting of the board of trustees on January 2, 2008, it was the unanimous decision of the board to proceed with a bond election to expand and remodel the current library building. Architects, bond counsel, and bond financial advisors were hired. During preparation for the bond election, it was discovered the official name of the library district had not been changed from the Madison Country Free Library District, so a legal name change to that of the Madison Library District was effected. 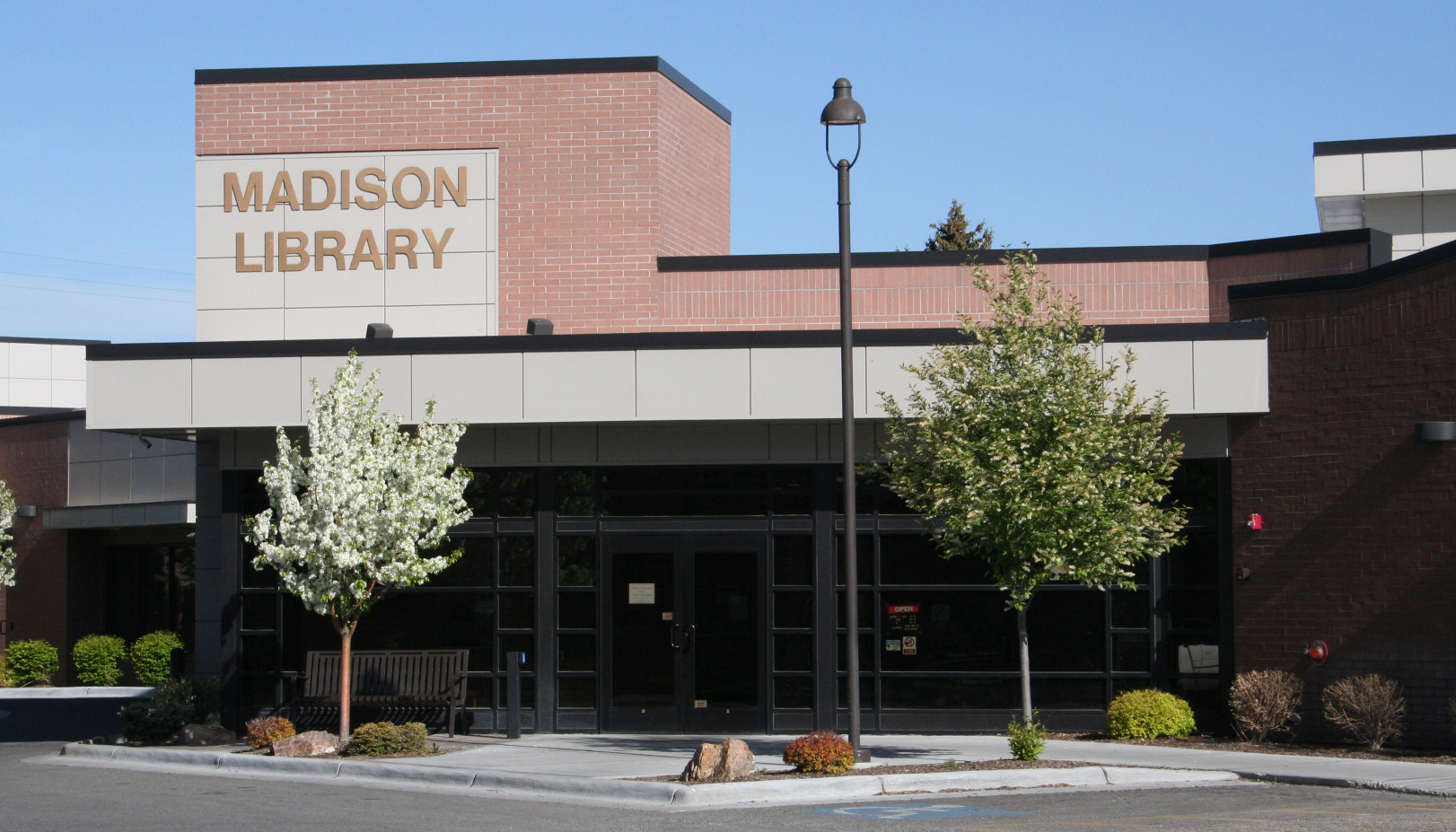