Agatha Mary Clarissa, Lady Mallowan, better known as Agatha Christie, was the bestselling novelist of all time with over two billion copies sold. By itself, And Then There Were None has surpassed one hundred million. With sixty-six detective novels, six romance novels (under the name Mary Westmacott) as well as short stories and plays, she is surpassed only by Shakespeare and the bible in total sales. Her works have been translated into one hundred languages. (For comparison, Rowling’s Harry Potter has seen sixty-eight translations.) She is also the playwright of the longest running show in history. The Mousetrap opened in London’s West End on November 25, 1952 and is still entertaining full houses. 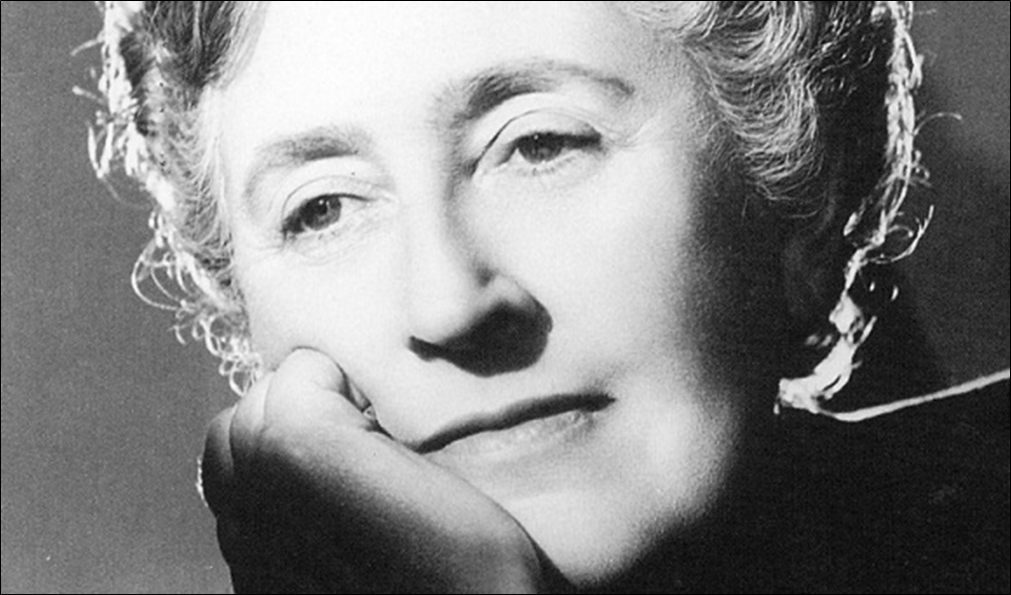 Agatha Mary Clarissa Miller was born into an upper middle class family in Torquay, Devon, England. She was the third child born to an English mother, Clara Boehmer, and an American father, Frederick Alvah Miller. Agatha describes her childhood as very happy and surrounded by strong women. She and her siblings believed that their mother must have been psychic, not that she claimed any supernatural power, but seemed to have a second sight, an incredible intuition that constantly had them baffled.

Her parents taught her to read, to write, and the intricacies of arithmetic, a subject she devoured. She was always a voracious reader, and she mastered the piano and mandolin. She also dabbled in theatre. When the village girls decided to put on Gilbert and Sullivan’s The Yeomen of the Guard, Agatha took the part of the hero, dashing Colonel Fairfax. She called it “one of the highlights of my existence.” It was also her only operatic endeavor. As she said, “An experience that you really enjoyed should never be repeated.” 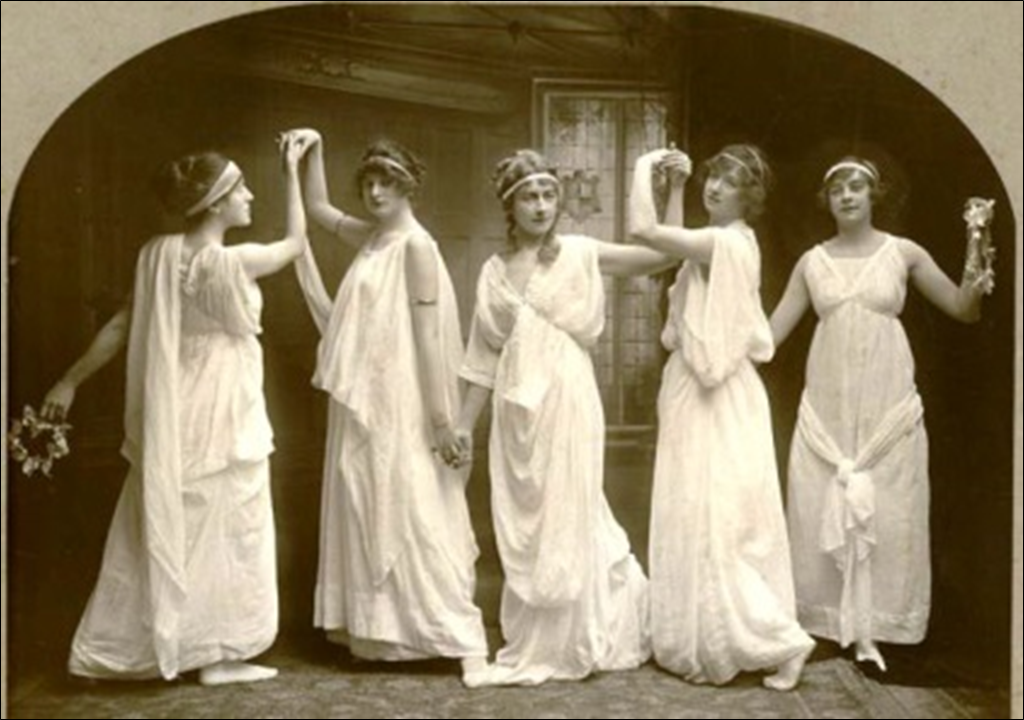 Her father was often ill, and in 1901, died after a series of heart attacks. Agatha claimed that this marked the end of her childhood. After that, most of her time was spent in boarding schools. The year 1902 sent her to Miss Guyer’s Girls School. In 1905, she went to Paris for a series of finishing schools, Mademoiselle Cabernet’s, Les Marroniers, and Miss Dryden’s.

In 1910, her mother became ill, and for three months Agatha accompanied her to Cairo for the warmer weather.

After returning, she went to London where she wrote plays, poetry, and music, and saw some publication. She wrote her first novel Snow Upon the Desert, set in Cairo, under the pseudonym Monosyllaba. It found rejection all around. Her mother suggested that Agatha seek advice from family friend and writer Eden Philpotts. Philpotts sent it to his own literary agent who again rejected Snow but suggested that she try another novel. 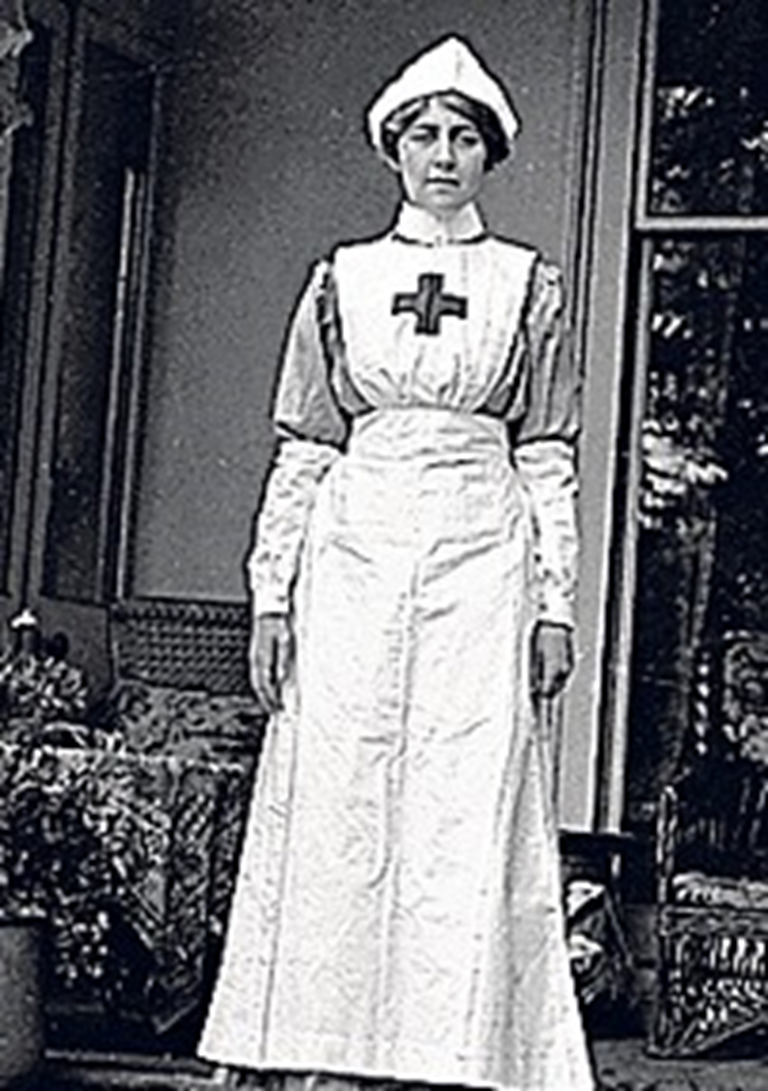 During the Great War, Agatha worked in a hospital, continued to write, and socialized, hoping for a husband and family. She had a number of short relationships and one engagement before meeting Indian born army officer Archibald Christie at a dance. They were married during his leave on Christmas Eve 1914.

Mrs. Christie began writing The Mysterious Affair at Styles in 1916, inspired by the Belgian refugees she encountered in her hometown of Torquay. Once again, she found widespread rejection. However, the Bodley Head finally accepted her manuscript if she would change the ending. She did, and the novel was published in 1920. 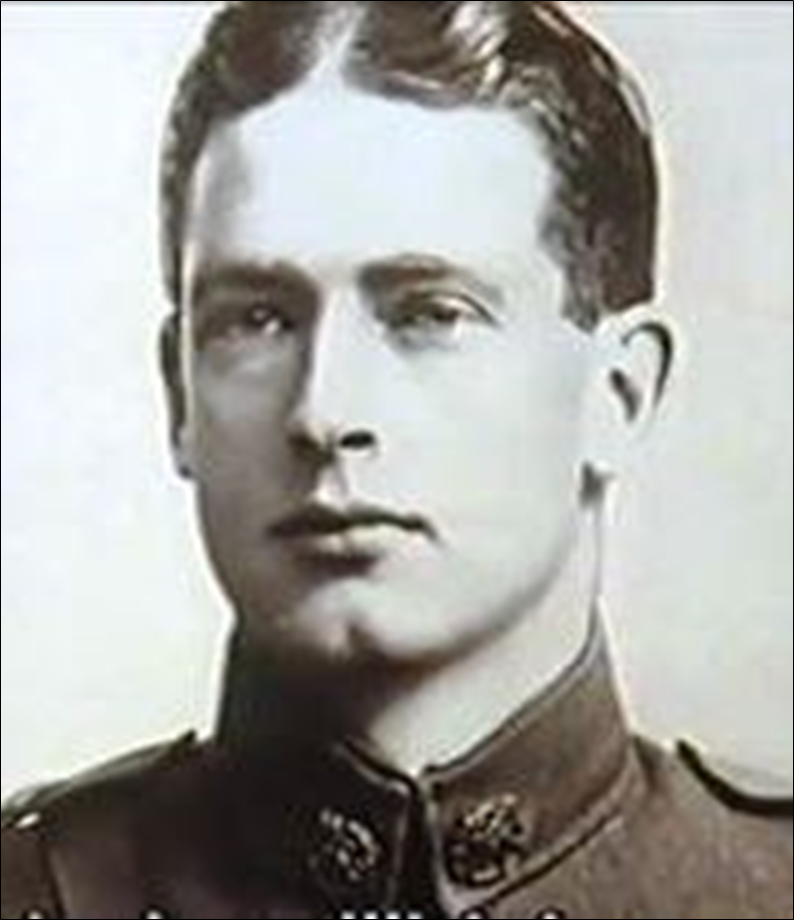 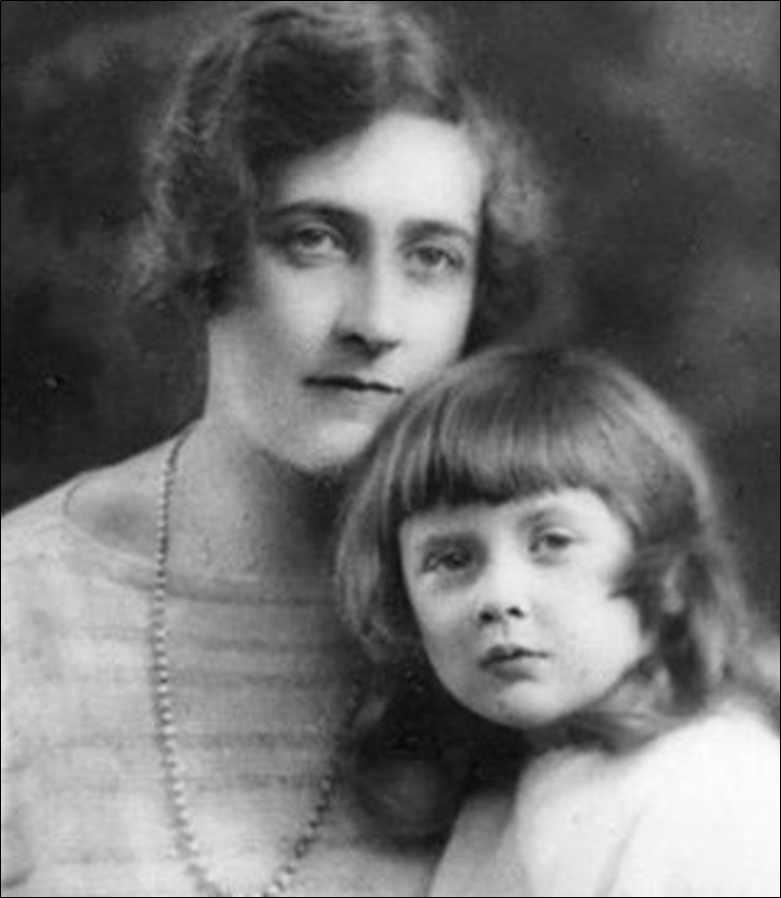 She gave birth to her only child Rosalind Margaret in 1919 at Ashfield, the family home in Torquay, where the couple continued to spend much of their time in spite of the London flat.

Her second novel, Adversary, earned her 50 pounds, and introduced the detective couple Tommy and Tuppence.

After this, Agatha traveled the world with Archie, notably learning to surf prone in South Africa and they reach Hawaii, she became one of the first Britons to learn to surf standing up.

What seemed a happy existence was short lived. In 1926, Archie asked for a divorce in order to marry Nancy Neele. On December 3, the Christies had a huge fight. Archie left to spend the weekend with his mistress. Agatha disappeared, writing a note to her secretary that she was going to Yorkshire. Her car was later found above a chalk quarry with her clothes and other belongings inside. There was no sign of Mrs. Christie.

A massive manhunt followed involving 100 police officers, 15,000 volunteers, and a large reward. Fellow author Arthur Conan Doyle even presented one of Agatha’s gloves to a medium in hopes of finding her through psychic channels. Papers featured her disappearance as front page news. Day after day, nothing was discovered. Then on December 14, Agatha was found at the Swan Hydropathic Hotel in Yorkshire registered under the name Teresa Neele from Cape Town, South Africa.  Agatha never explained the missing 11 days. Multiple doctors diagnosed amnesia; however, skeptics regularly put forward other explanations. 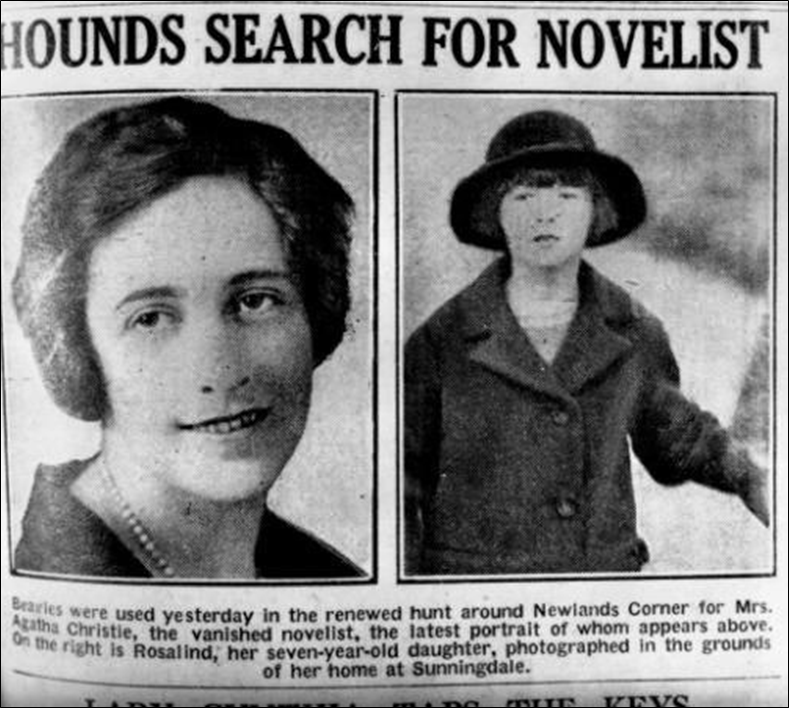 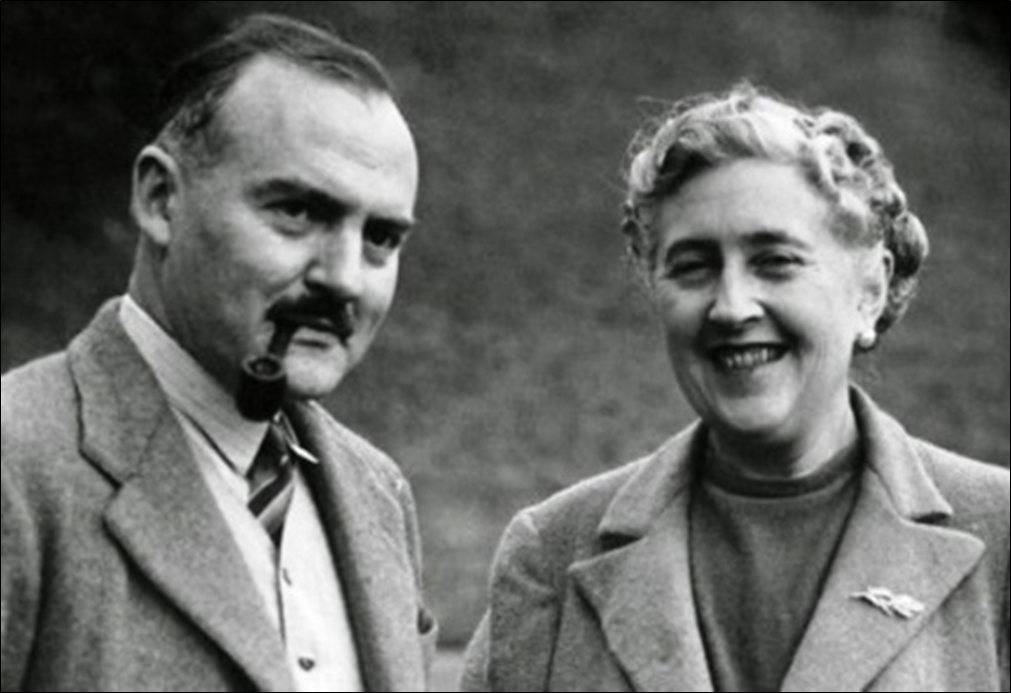 The Christies divorced in 1928. Agatha was given custody of their daughter, Rosalind, and retention of the Christie name for her writing.

Two years later, while working on an archaeological excavation at Ur, she met Max Mallowan. They wed in 1930, beginning a long and happy marriage. 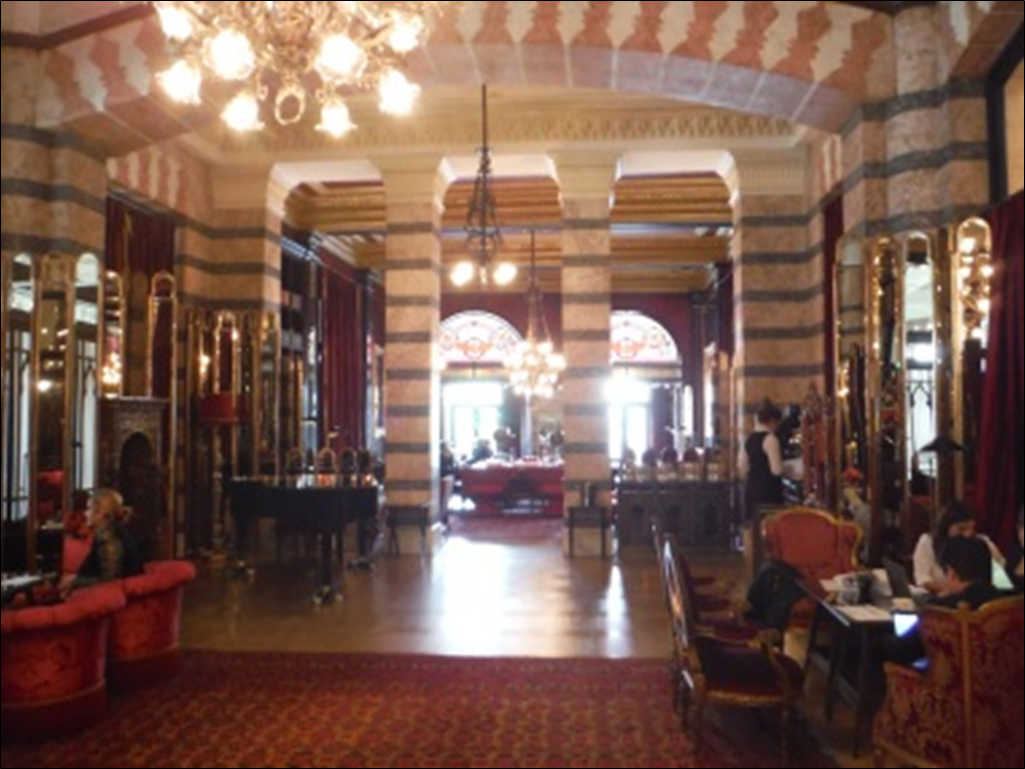 Christie typically used familiar settings for her novels. While travelling extensively throughout the Middle East with her archaeologist husband, these settings began playing into her book’s quintessential British backgrounds.  A prime example of this is Murder on the Orient Express. The novel with written in the Para Palace Hotel in Istanbul where the action of her mystery begins. The room has been preserved by the hotel as a memorial to the author.

During World War II, Mrs. Mallowan again offered her services, this time working in a pharmacy. The knowledge she gained on poisons there gave fuel for many future stories. It was also during WWII that she was investigated by MI5 under suspicion of espionage. It seems that in her recent novel N or M, her imagining of a code breaking center was a little too true. 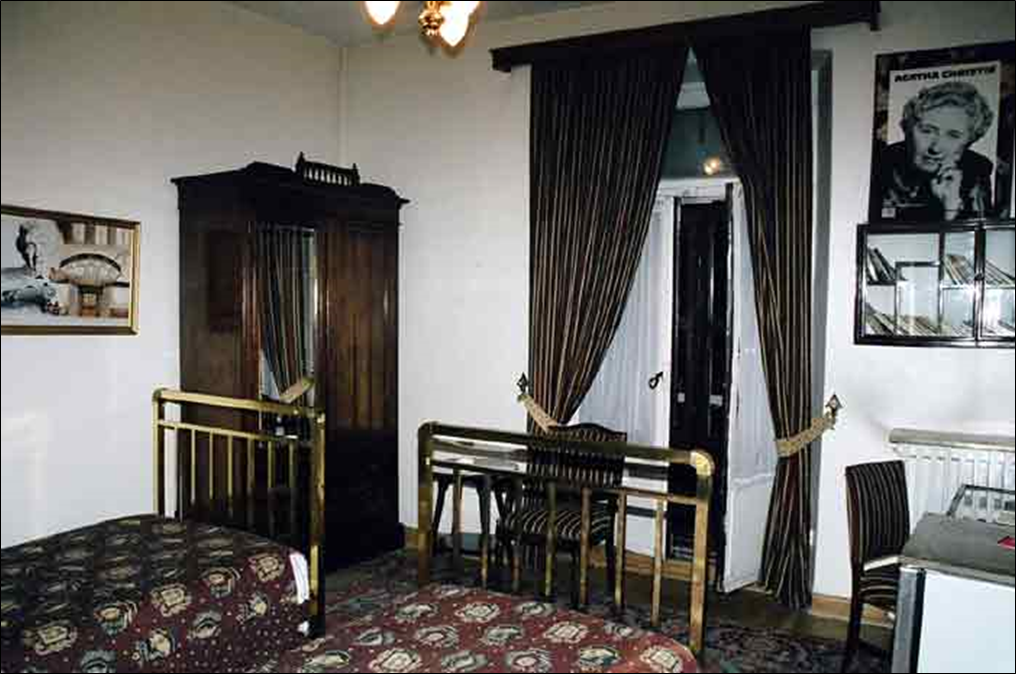 The 1950’s and 1960’s saw a continued outpouring of work, all of it extremely popular, yet Agatha continued to be shy to the point of paralysis and never became used to the attention. In fact, in 1958, a huge party was held in her honor at a West End hotel due to the extreme success of The Mousetrap. Upon entering the hotel, the doorman at the event didn’t recognize her and refused admittance. Agatha Christie who said “I still have that overlag of feeling that I am pretending to be an author,” once again gave into her crippling shyness and rather than explaining who she was or asking for someone to identify her, quietly sat in the lobby through most of the party. 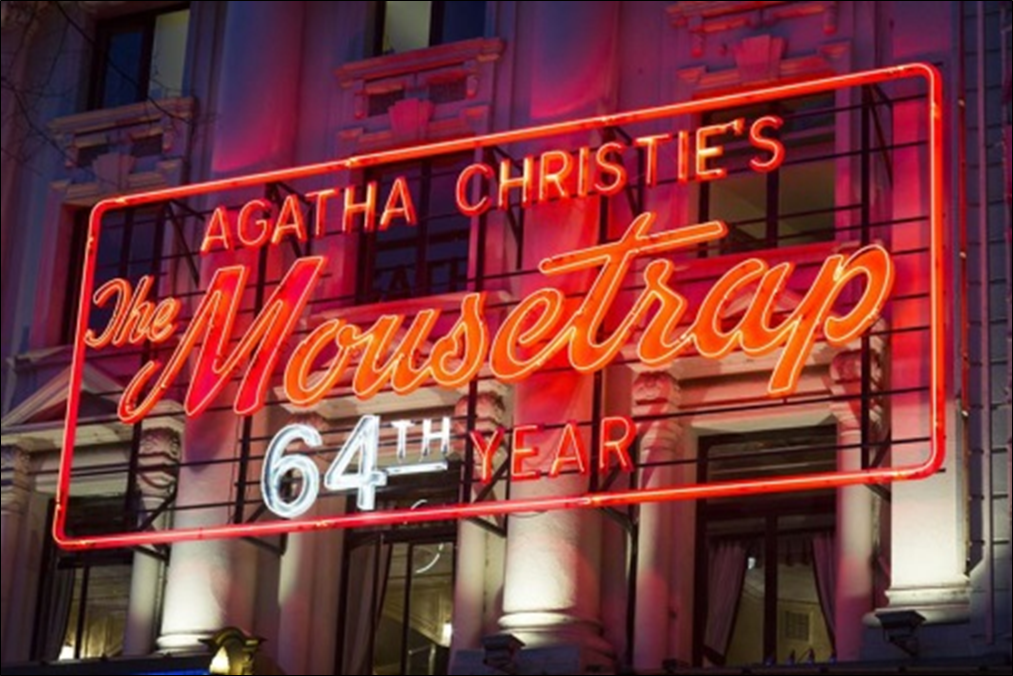 By this time, she had already been named a Commander of the Order of the British Empire, C.B.E., and was quite well known. (It must have been a horrible embarrassment for the doorman after things were sorted out.)

In 1971, she bettered her honorary title by being named Dame Commander of the British Empire, D.B.E. Three years prior to this, her husband was knighted for his archaeological contributions. The Mallowans are one of the few couples where both have received life peerage on their own merits.