Argo: How the CIA and Hollywood Pulled Off the Most Audacious Rescue in History 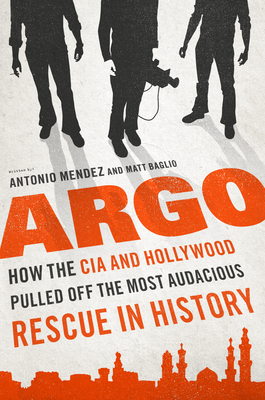 The true account of the 1979 rescue of six American hostages from Iran.

On November 4, 1979, Iranian militants stormed the American embassy in Tehran and held dozens of Americans hostage, sparking a 444-day ordeal and a quake in global politics that still reverberates today. Beneath this crisis another shocking story was known by only a select few: six Americans escaped the embassy and hid within a city roiling with suspicion and fear. A top-level CIA officer named Antonio Mendez devised an ingenious yet incredibly risky plan to rescue them before they were detected. Disguising himself as a Hollywood producer, and supported by a cast of expert forgers, deep-cover CIA operatives, foreign agents, and Hollywood special-effects artists, Mendez traveled to Tehran under the guise of scouting locations for a fake science fiction film called “Argo.” While pretending to find the ideal film backdrops, Mendez and a colleague succeeded in contacting the escapees and eventually smuggled them out of Iran.

After more than three decades, Antonio Mendez finally details the extraordinarily complex and dangerous operation he led. A riveting story of secret identities, international intrigue, and good old-fashioned American ingenuity, Argo is the pulse-pounding account of the history-making collusion between Hollywood and high-stakes espionage.