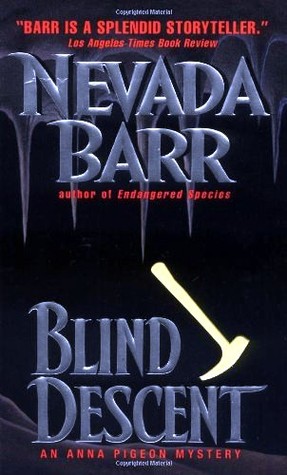 Lechuguilla Cavern is a man-eating cave discovered in New Mexico’s Carlsbad Caverns National Park in the mid-1980s. Estimated to extend for more than three hundred miles, only ninety of them mapped, the cave was formed by acid burning away the limestone; corridors, pits, cramped wormholes, cliffs, and splendid rooms the size of football fields tangle together in a maze shrouded in the utter darkness of the underground. When a fellow ranger is injured in a caving accident, Anna swallows her paralyzing fear of small spaces and descends into Lechuguilla to help a friend in need. Worse than the claustrophobia that haunts her are the signs—some natural and some, more ominously, manmade—that not everyone is destined to emerge from this wondrous living tomb. The terrain is alien and hostile; the greed and destructive powers of mankind all too familiar. In this place of internal terrors, Anna must learn who it is she can trust and, in the end, decide who is to live and who is to die.

book 6 of the Anna Pigeon series