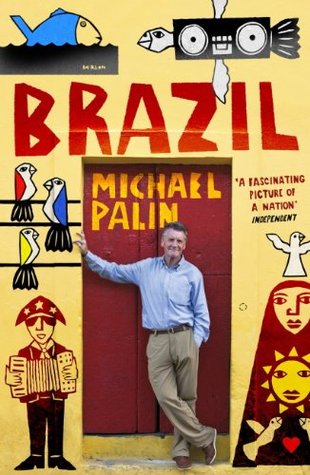 Brazil is one of the four new global super powers with its vast natural resources and burgeoning industries. Half a continent in size and a potent mix of races, religions and cultures, of unexplored wildernesses and bustling modern cities, it is also one of the few countries Michael Palin has never fully traveled.

In a new series for BBC1—his first for five years—he explores in his inimitable way this vast and disparate nation. From the Venezuelan border and the forests of the Lost World where he encounters the Yanomami and their ongoing territorial war with the gold miners, he follows Teddy Roosevelt’s disastrous expedition of 1914.

Journeys by river to the headwaters of the Xingu, by plane over huge tracts of forest, by steam train and by road along the Trans-Amazonica allow him to reach a kaleidoscopic mix of peoples: the indigenous hunter-gatherers of the interior, the descendents of African slaves with their vibrant culture of rituals and festivals and music, the large community of German descent who celebrate their patrimony at the biggest beer festival outside Munich, and the wealthy guachas of the Pantanal amongst them. His journey ends at the border with Uruguay and the spectacular Iguacu Falls.