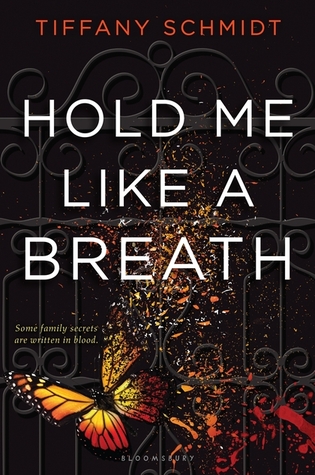 Penelope Landlow has grown up with the knowledge that almost anything can be bought or sold—including body parts. She’s the daughter of one of the three crime families that control the black market for organ transplants.

Penelope’s surrounded by all the suffocating privilege and protection her family can provide, but they can’t protect her from the autoimmune disorder that causes her to bruise so easily.

And in her family’s line of work no one can be safe forever.

All Penelope has ever wanted is freedom and independence. But when she’s caught in the crossfire as rival families scramble for prominence, she learns that her wishes come with casualties, that betrayal hurts worse than bruises, that love is a risk worth taking…and maybe she’s not as fragile as everyone thinks.

book 1 in the Once Upon a Crime Family series

Miranda rated it ★★★★ and said, “This was very different from other stuff I have read before, while still having a similar feel to it, if that makes sense at all. This is a retelling of The Princess and the Pea, though I didn’t know that until after I was finished with it. It makes a lot of sense now.  I was expecting a lot more mob-boss/intimidation, and while that was included, it was also much more. The MC’s illness brought a different level to the action than I would have otherwise thought of, and really made me think about the interactions we have with others on a daily basis and the random ways people touch each other and bump into things.”