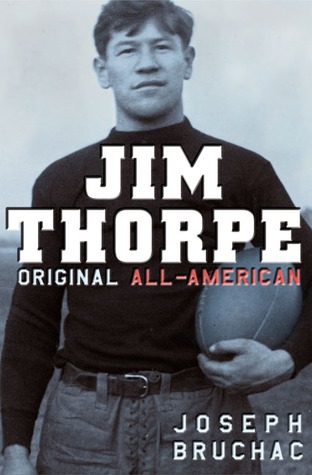 Jim Thorpe was one of the greatest athletes who ever lived. He played professional football, Major League Baseball, and won Olympic gold medals in track & field. But his life wasn’t an easy one. Born on the Sac and Fox Reservation in 1887, he encountered much family tragedy, and was sent as a young boy to various Indian boarding schools—strict, cold institutions that didn’t allow their students to hold on to their Native American languages and traditions. Jim ran away from school many times, until he found his calling at Pennsylvania’s Carlisle Indian School. There, the now-legendary coach Pop Warner recognized Jim’s athletic excellence and welcomed him onto the football and track teams.Focusing on Jim Thorpe’s years at Carlisle, this book brings his early athletic career—and especially his college football days—to life, while also dispelling some myths about him and movingly depicting the Native American experience at the turn of the twentieth century. This is a book for history buffs as well as sports fans—an illuminating and lively read about a truly great American.