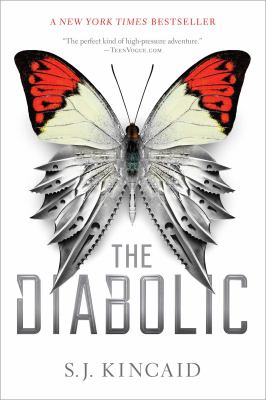 Nemesis is a Diabolic. Created to protect a galactic Senator’s daughter, Sidonia. There’s no one Nemesis wouldn’t kill to keep her safe. But when the power-mad Emperor summons Sidonia to the galactic court as a hostage, there is only one way for Nemesis to protect Sidonia.

She must become her.

Now one of the galaxy’s most dangerous weapons is masquerading in a world of corruption and Nemesis has to hide her true abilities or risk everything. As the Empire begins to fracture and rebellion looms closer, Nemesis learns that there is something stronger than her deadly force: the one thing she’s been told she doesn’t have – humanity. And, amidst all the danger, action and intrigue, her humanity might be the only thing that can save her, Sidonia and the entire Empire…

book 1 in the Diabolic series