The Hymns of Zoroaster: A New Translation of the Most Ancient Sacred Texts of Iran 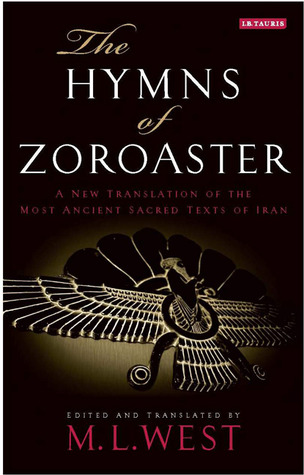 Zoroaster was one of the greatest and most radical religious reformers in the history of the world. The faith that he founded some 2600 years ago in a remote region of central Asia flourished to become the bedrock of a great empire as well as its official religion. Zoroastrianism is still practiced today in parts of India and Iran and in smaller communities elsewhere, where its adherents are known as Parsis. It has the distinction of being one of the most ancient religions in the world: only Hinduism can lay claim to greater antiquity. The foundation texts of this venerable system of belief are the founder’s own passionate poems, known as the Gathas (“Songs”), and a short ritual composed soon after his death, called the Liturgy in Seven Chapters. These hymns are the authentic utterances of a religious leader whose thought was way ahead of his time, and are among the most precious relics of human civilization. After so many millennia they continue to speak to us of an impressively austere theology and of an inspiring and easily understood moral code. Yet existing translations are few, divergent in their interpretations of the original Avestan language of Zoroaster, and frequently hard to access. M. L. West’s new translation, based on the best modern scholarship, and augmented by a substantial introduction and notes, makes these powerfully resonant texts available to a wide audience in clear and accessible form.