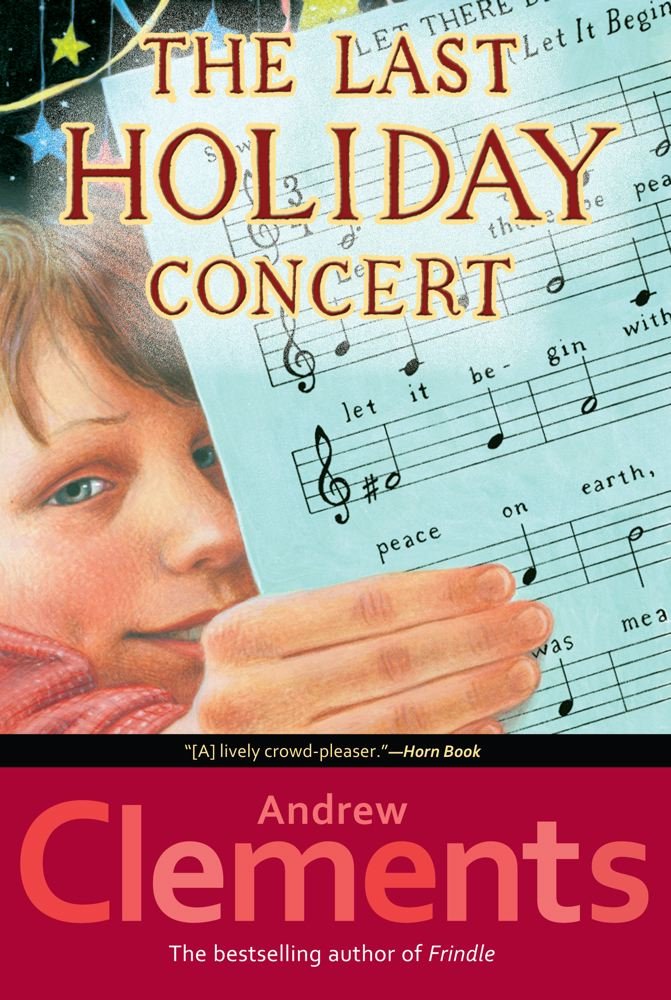 A combined Mother Daughter Book Club and Books for Boys meeting for this book was held December 14, 2017, at 6:30 in the Community Room.

For Hart Evans, being the most popular kid in sixth grade has its advantages. Kids look up to him, and all the teachers let him get away with anything — all the teachers except the chorus director, Mr. Meinert. When Hart’s errant rubber band hits Mr. Meinert on the neck during chorus practice, it’s the last straw for the chorus director, who’s just learned he’s about to lose his job due to budget cuts. So he tells the class they can produce the big holiday concert on their own. Or not. It’s all up to them. And who gets elected to run the show? The popular Mr. Hart Evans.