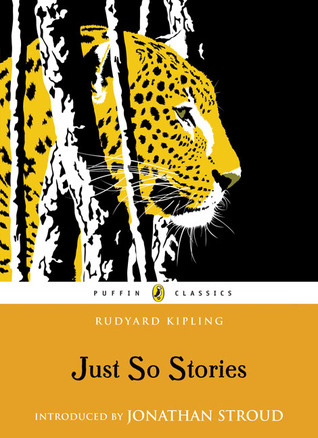 Just So Stories by Rudyard Kipling

This book was our chosen community reads book for the 2018 On the Same Page.  Free copies were available at the library until supplies ran out.

One of the world’s greatest storytellers weaves together an unforgettable collection of animal tales, including how the camel got its hump, how the leopard got its spots, and how even a butterfly stamping his leg can change a man’s life.

Initially written for his own “best beloved,” Just So Stories was published in 1902. It has been a favorite for the past century and is certain to be cherished by generations to come.

Vivian rated it ★★★★★ and said “Imagine wondering what the crocodile has for dinner and being rewarded for your curiosity with a new, more versatile nose.

“This is just one of the many ingenious stories crafted by Kipling to explain why and how about animals humps, lumps, and so forth. He earns 5 stars for his inventive words, use of language, and imagination. I loved hearing these stories read to me when I was young. I now love sharing them with school classes and other story sharing events.”

Back to On the Same Page 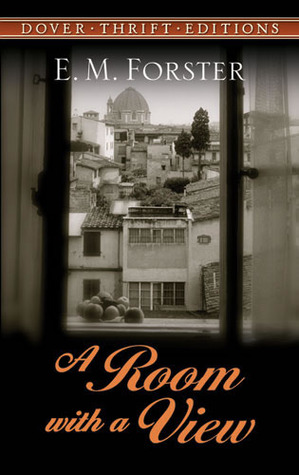 A Room with a View by E. M. Forster

A Room with a View

A Library Book Club meeting for this book was held February 18, 2016, as part of On the Same Page, the Madison Library District’s annual community reading program.

One of E. M. Forster’s most celebrated novels, A Room With a View is the story of a young English middle-class girl, Lucy Honeychurch. While vacationing in Italy, Lucy meets and is wooed by two gentlemen, George Emerson and Cecil Vyse. After turning down Cecil Vyse’s marriage proposals twice Lucy finally accepts. Upon hearing of the engagement George protests and confesses his true love for Lucy. Lucy is torn between the choice of marrying Cecil, who is a more socially acceptable mate, and George who she knows will bring her true happiness. A Room With a View is a tale of classic human struggles such as the choice between social acceptance or true love.

Vivian rated it ★★★ and said, “The author introduces most of the Edwardian Era cast of English characters in an upscale hotel in Venice, Italy. Lucy is a young woman on her first journey abroad and she is attended by her aunt, who complains while dining that their room has no view. An elderly gentleman seated at a nearby table insists that he and his son George exchange rooms as they do have a view and don’t care about it. She declines, thinking how ill-bred the man must be, but he insists and the change is made. And thus are Lucy and George thrown into one another’s paths. The various characters are icons of British society at the turn of the last century, making this story more a social commentary than a simple romance. George’s father, Mr. Emerson, is a dissenting voice to the accepted manners, conduct, and even religion of the day. He takes on a one-man crusade to save the British (or those he personally encounters) from the shackles of superstition and repressed passions. He is one of the most likable characters in the story. Reading this story more than a century after it was written is frustrating because you want to reach into the story and shake the characters. ‘Wake up!’ you want to shout. I can imagine that the story must have been most shocking when it was written. Like Jane Austen and Charles Dickens, Forster forced his contemporaries to take a good long look at themselves and thus be accountable for the havoc they created in their own and other’s lives.”