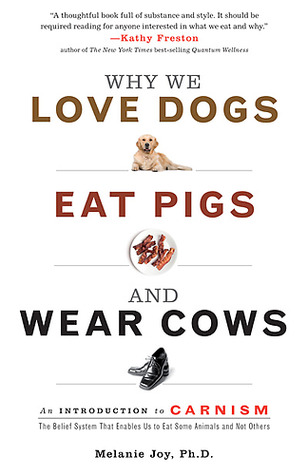 Why We Love Dogs, Eat Pigs, and Wear Cows by Melanie Joy

Why We Love Dogs, Eat Pigs, and Wear Cows: An Introduction to Carnism, The Belief System That Enables Us to Eat Some Animals and Not Others

This groundbreaking work, voted one of the top ten books of 2010 by VegNews Magazine, offers an absorbing look at why and how humans can so wholeheartedly devote themselves to certain animals and then allow others to suffer needlessly, especially those slaughtered for consumption.

Social psychologist Melanie Joy explores the many ways we numb ourselves and disconnect from our natural empathy for farmed animals. She coins the term “carnism” to describe the belief system that has conditioned us to eat certain animals and not others.

In Why We Love Dogs, Eat Pigs, and Wear Cows, Joy investigates factory farming, exposing how cruelly animals are treated, the hazards meat-packing workers face, and the environmental impact of raising 10 billion animals for food each year. Controversial and challenging, this book will change the way you think about food forever. 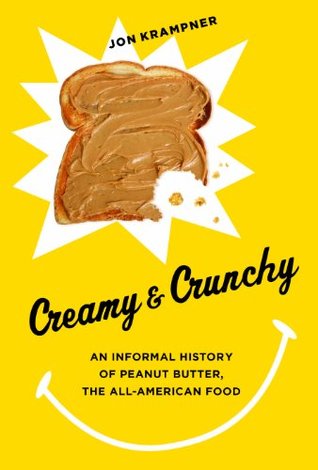 Creamy and Crunchy by Jon Krampner

Creamy and Crunchy: An Informal History of Peanut Butter, the All-American Food

More than Mom’s apple pie, peanut butter is the all-American food. With its rich, roasted-peanut aroma and flavor; caramel hue; and gooey, consoling texture, peanut butter is an enduring favorite, found in the pantries of at least 75 percent of American kitchens. Americans eat more than a billion pounds a year. According to the Southern Peanut Growers, a trade group, that’s enough to coat the floor of the Grand Canyon (although the association doesn’t say to what height).

Americans spoon it out of the jar, eat it in sandwiches by itself or with its bread-fellow jelly, and devour it with foods ranging from celery and raisins (“ants on a log”) to a grilled sandwich with bacon and bananas (the classic “Elvis”). Peanut butter is used to flavor candy, ice cream, cookies, cereal, and other foods. It is a deeply ingrained staple of American childhood. Along with cheeseburgers, fried chicken, chocolate chip cookies (and apple pie), peanut butter is a consummate comfort food.

In Creamy and Crunchy are the stories of Jif, Skippy, Peter Pan; the plight of black peanut farmers; the resurgence of natural or old-fashioned peanut butter; the reasons why Americans like peanut butter better than (almost) anyone else; the five ways that today’s product is different from the original; the role of peanut butter in fighting Third World hunger; and the Salmonella outbreaks of 2007 and 2009, which threatened peanut butter’s sacred place in the American cupboard. To a surprising extent, the story of peanut butter is the story of twentieth-century America, and Jon Krampner writes its first popular history, rich with anecdotes and facts culled from interviews, research, travels in the peanut-growing regions of the South, personal stories, and recipes. 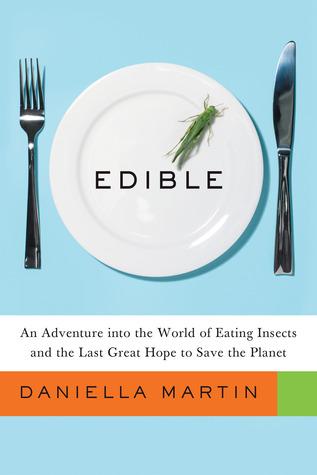 Edible: An Adventure into the World of Eating Insects and the Last Great Hope to Save the Planet

Insects. They’re what’s for dinner. Can you imagine a world in which that simple statement is not only true but in fact an unremarkable part of daily life? Daniella Martin, entomophagist and blogger, can.

In this rollicking excursion into the world of edible insects, Martin takes us to the front lines of the next big trend in the global food movement and shows us how insects just might be the key to solving world hunger. Along the way, we sample moth larvae tacos at the Don Bugito food cart in San Francisco, travel to Copenhagen to meet the experimental tasters at Noma’s Nordic Food Lab, gawk at the insects stocked in the frozen food aisle at Thailand’s Costco, and even crash an underground bug-eating club in Tokyo.

Martin argues that bugs have long been an important part of indigenous diets and cuisines around the world, and investigates our own culture’s bias against their use as a food source. She shines a light on the cutting-edge research of Marcel Dicke and other scientists who are only now beginning to determine the nutritional makeup of insects and champion them as an efficient and sustainable food source.

Whether you love or hate bugs, Edible will radically change the way you think about the global food crisis and perhaps persuade you that insects are much more than a common pest. For the adventurous, the book includes an illustrated list of edible insects, recipes, and instructions on how to raise bugs at home. 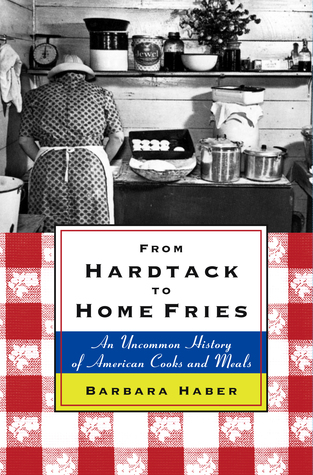 From Hardtack to Home Fries by Barbara Haber 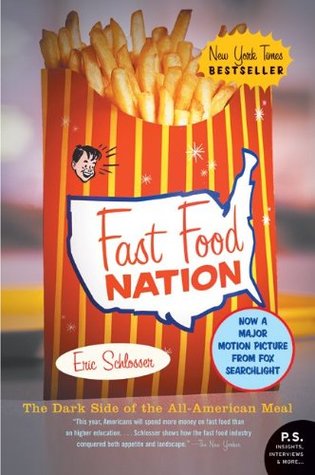 Fast Food Nation: The Dark Side of the All-American Meal

Fast food has hastened the malling of our landscape, widened the chasm between rich and poor, fueled an epidemic of obesity, and propelled American cultural imperialism abroad. That’s a lengthy list of charges, but Eric Schlosser makes them stick with an artful mix of first-rate reportage, wry wit, and careful reasoning.

Schlosser’s myth-shattering survey stretches from California’s subdivisions, where the business was born, to the industrial corridor along the New Jersey Turnpike, where many of fast food’s flavors are concocted. Along the way, he unearths a trove of fascinating, unsettling truths—from the unholy alliance between fast food and Hollywood to the seismic changes the industry has wrought in food production, popular culture, and even real estate. 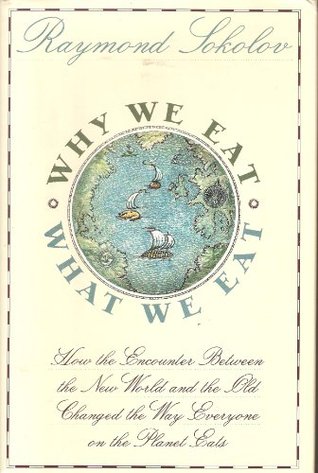 Why We Eat What We Eat by Raymond Sokolov

Why We Eat What We Eat: How the Encounter Between the New World and the Old Changed the Way Everyone on the Planet Eats

In this lively and informative history of the world as seen from the gourmet’s table, Raymond Sokolov explains how all of us came to eat what we eat today. He sees Christopher Columbus as the most important figure in the history of food as his journeys set in motion the transoceanic migration of food. 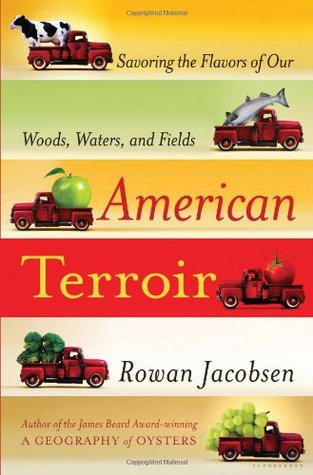 American Terroir: Savoring the Flavors of Our Woods, Waters, and Fields

Why does honey from the tupelo-lined banks of the Apalachicola River have a kick of cinnamon unlike any other? Why is salmon from Alaska’s Yukon River the richest in the world? Why does one underground cave in Greensboro, Vermont, produce many of the country’s most intense cheeses? The answer is terroir (tare-WAHR), the “taste of place.” Originally used by the French to describe the way local conditions such as soil and climate affect the flavor of a wine, terroir has been little understood (and often mispronounced) by Americans, until now. For those who have embraced the local food movement, American Terroir will share the best of America’s bounty and explain why place matters. It will be the first guide to the “flavor landscapes” of some of our most iconic foods, including apples, honey, maple syrup, coffee, oysters, salmon, wild mushrooms, wine, cheese, and chocolate. With equally iconic recipes by the author and important local chefs, and a complete resource section for finding place-specific foods, American Terroir is the perfect companion for any self-respecting locavore. 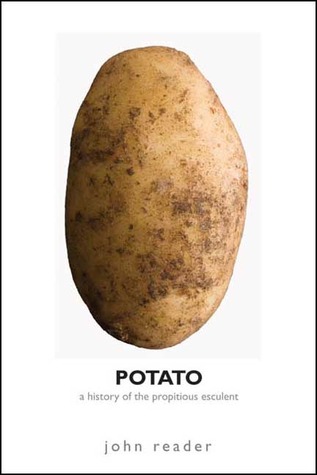 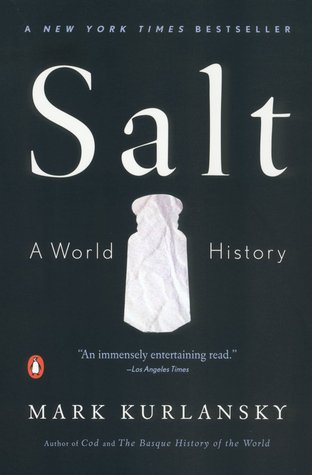 In his fifth work of nonfiction, Mark Kurlansky turns his attention to a common household item with a long and intriguing history: salt. The only rock we eat, salt has shaped civilization from the very beginning, and its story is a glittering, often surprising part of the history of humankind. A substance so valuable it served as currency, salt has influenced the establishment of trade routes and cities, provoked and financed wars, secured empires, and inspired revolutions.  Populated by colorful characters and filled with an unending series of fascinating details, Salt by Mark Kurlansky is a supremely entertaining, multi-layered masterpiece.