“You never forget the first time you hug your child. Holding them in your arms and feeling the warmth of their body is a wonderful experience. There’s nothing like it! But did you know there are scientific benefits besides feeling all warm and fuzzy? It’s true.” To discover the science behind hugging and some great activities, click here.

Using books and stories to help children think of their own solutions to problems helps them develop develop problem solving skills. Researchers have found that having ideas for tackling problems helps children in learning new tasks and handling social situations.

Find a book that revolves around a problem-solving situation to read with your child such as Karma Wilson’s, “Bear’s New Friend.” Introduce the book by setting up the problem. Then, when you approach the problem, ask your child what she might do to solve the situation. You can also read through the whole book and go back to the problem. 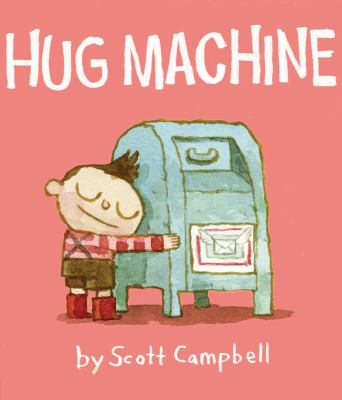 The hug machine is available to hug anyone, any time, whether they are square or long, spiky or soft.
Find it in Our Catalog 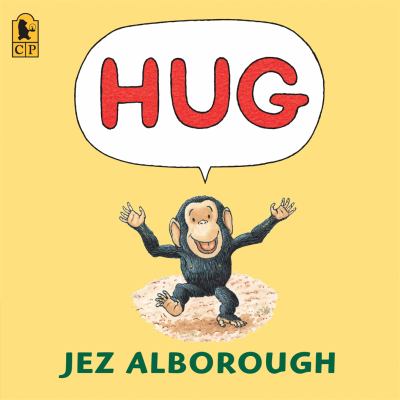 Bobo the chimp seeks hugs among various jungle animals and their young, but he does not get what he wants until he is reunited with his own parent.
Find it in Our Catalog

Don't Hug Doug (He Doesn't Like It) by Carrie Finison

Doug doesn’t like hugs. He thinks hugs are too squeezy, too squashy, too squooshy, too smooshy. He doesn’t like hello hugs or goodbye hugs, game-winning home run hugs or dropped ice cream cone hugs, and he definitely doesn’t like birthday hugs. He’d much rather give a high five—or a low five, a side five, a double five, or a spinny five. Yup, some people love hugs; other people don’t. So how can you tell if someone likes hugs or not? There’s only one way to find out: Ask! Because everybody gets to decide for themselves whether they want a hug or not.
Find it in Our Catalog

Looking for a Hug!

I can hug, hug, hug
I can hop, hop, hop
I can kiss, kiss, kiss
I can stop, stop, stop
I can nod my head for yes,
And I can shake my head no,
And I can sit down very slow.

I Have a Little Heart

I have a little heart (place hand over heart])
It goes thump, thump, thump (pat chest 3X)
It beats even faster when I jump, jump, jump (jump 3X)
I get a special feeling when I look at you (point to eyes, then audience)
It makes me want to give you a hug or two! (Hug yourself) 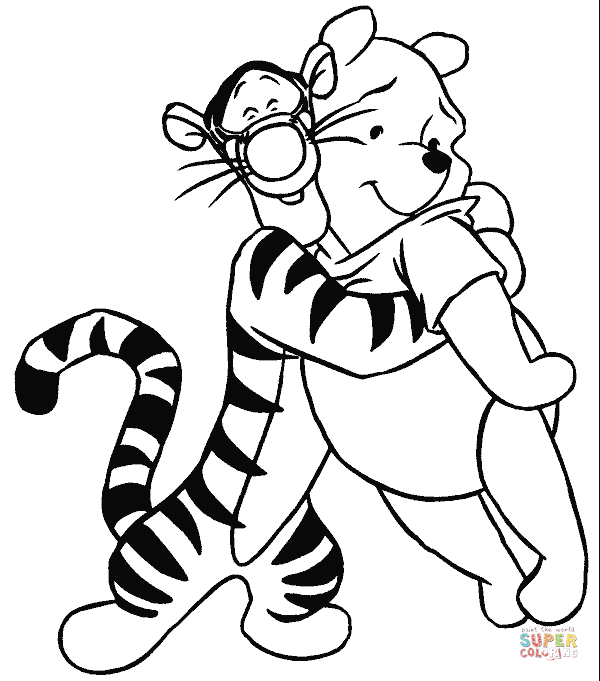 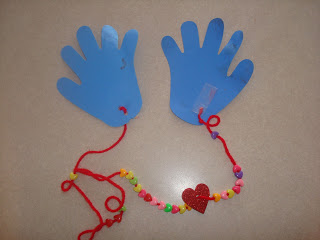 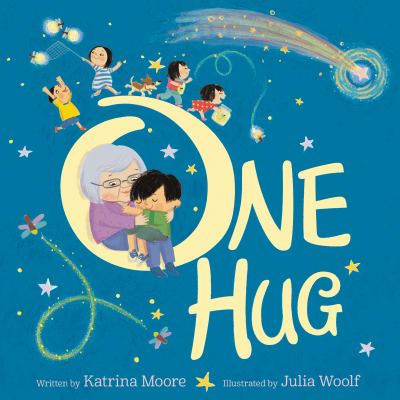 One Hug by Katrina Moore

A young boy discovers many different kinds of hugs and ways to show love as family members and friends gather to welcome his immigrant relatives from China.
Find it in Our Catalog 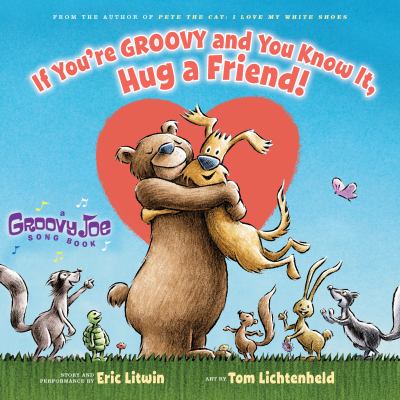 If You're Groovy and You Know It, Hug a Friend! by Eric Litwin

Set to the rhythm of the classic children’s song, Groovy Joe invites the reader to laugh, sing, explore, and best of all, hug a friend.
Find it in Our Catalog 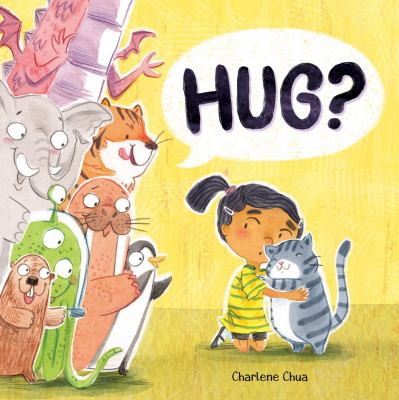 How many hugs is too many? This girl’s had enough! This humorous picture book explores compassion and the importance of setting boundaries. After coughing up a hairball, a girl’s cat doesn’t feel well. So the girl offers to give her cat a hug, which makes the cat — and the girl — feel better. More and more animals ask for hugs… How much more of this can she take? The story shows how important hugs can be to our happiness — even the most unlikely of creatures sometimes need one! — but that doesn’t mean they’re always welcome.

Find it in Our Catalog 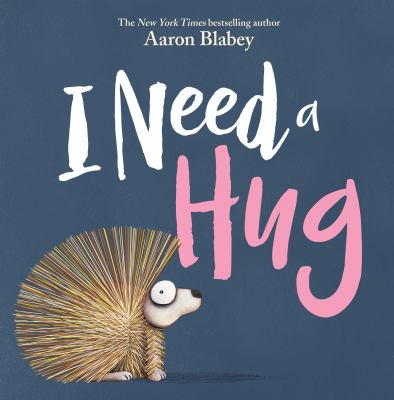 I Need a Hug by Aaron Blabey

A tiny porcupine just wants a cuddle. All of the other animals turn him away because of his prickly spikes. But finally the porcupine meets an animal who’s happy to hug — a snake!
Find it in Our Catalog

Clippity-clop, clippity-clop! Whoa... STOP! Children love everything about horses: they way they run, eat, and when they talk to each other. Find out a little more about these appealing creatures with these books and activities.Join us Monday, Tuesdays, and Wednesdays...
Read More

Let's learn about the letter "H"! There's hopping, horses, happy, hands, and... HATS! Hats are not only great for pretend play, they also have a purpose such as protection, like a bicycle helmet, or shade, like a sun visor. Some people wear hats for their job like a...
Read More

"The wonderful thing about Tiggers... Is Tiggers are wonderful things!" Of course they are! Especially TIGERS. This week in Story Time we learned that tigers have patterns in their fur, live on the other side of the world in Asia, and and have very large paws. Try...
Read More

Chugg chugg! Choo, choo! Off we go! Hop aboard a terrific train with these books, songs, and activities. Join us Tuesdays and Wednesdays at 10:30 a.m. or Tuesdays at 6:30 p.m. in the Community Room. Ages 2-5 Sing, Talk, Read, Write, Play Tip When your children have...
Read More

"T" is for tools! Explore the world of tools and construction with your child using these books and activities. You can also talk with your child about what a tool is... an object that that is used, especially in your hand, to do or make something. Then try making...
Read More

Look up in the sky - it's a bird!Join us Tuesdays and Wednesdays at 10:30 a.m. or Thursdays at 6:30 p.m. in the Community Room. Ages 2-5 Sing, Talk, Read, Write, Play Tip When you’re talking with your preschooler, look for opportunities to use different words to help...
Read More

"Over in the forest underneath the pine trees sat a brown mother bear and her babies three!" Can you make some new friends in the forest? Try out some of these books and activities below to see the creatures who live in the forest. You can also put together the...
Read More

A lot of children love to play in the dirt and mud, but do they know what lives underground? Explore the earth beneath their feet with these books, activities and videos. Then talk about what they have discovered and the new words that they have learned such as soil,...
Read More