The French Revolution was a bloody transition of power brought on by the new ideas of the “Age of Enlightenment” and a series of severe economic disasters which created intense instability.

Earlier in the 1700’s, France had challenged British naval and commercial power during the Seven Years War. The war was disastrous financially for the French ending with the destruction of the French navy and loss of French colonial territories in North America. Louis XVI’s revenge was to support American Independence, an action which led to even more serious debt.

Depression and famine followed. At the time, there were basically three social classes: nobility, clergy, and everybody else. While the nobility had the means to acquire food and were largely untouched by the difficulties, everyone else starved.

In June of 1789, a group of middle class calling themselves the National Assembly tried find ways to spread money out evenly. Louis cracked down driving them from Paris. They continued to meet in a tennis court outside of town. In the “Tennis Court Oath,” the group agreed to keep meeting till they had a constitution. French clergy soon joined with them along with forty-seven nobles.

At this point, King Louis fired his influential finance minister Jacques Necker. Many thought the king’s action was aimed against assembly.  Mobs began running wild in Paris and were joined by some French guards. 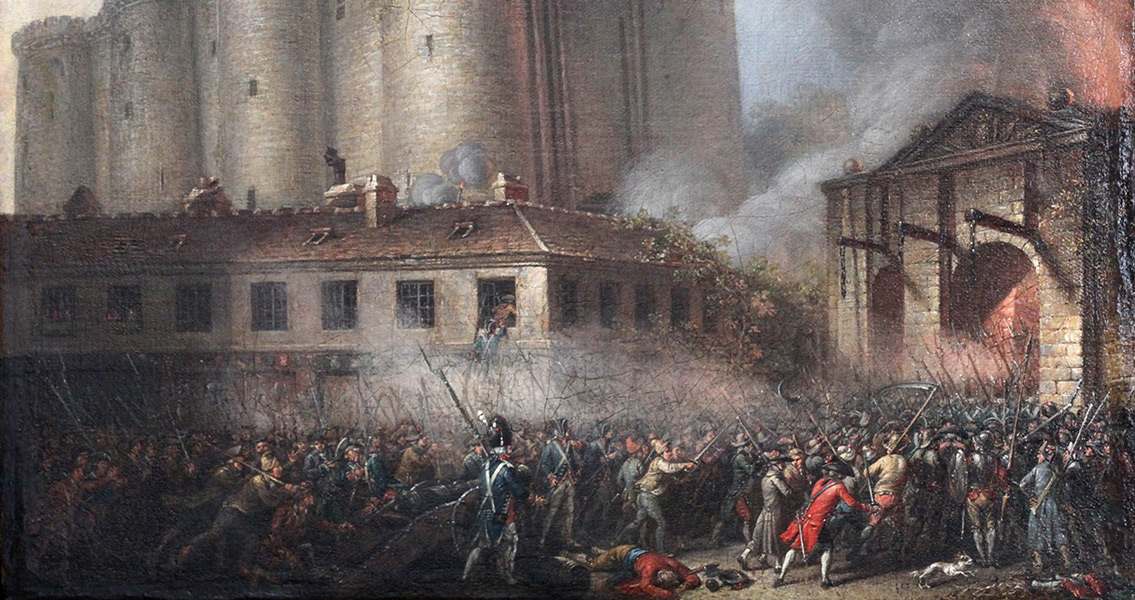 On July 14, a mob attacked the Bastille Fortress. While often referred to as a prison, there were only seven held there at the time. The two main draws of the Bastille attack were its huge ammunition cache and its symbolism of the increasingly hated regime of the king.

King Louis temporarily backed down. Jean-Sylvain Bailly, the president of the assembly was appointed mayor of Paris under a restructured government.

The King visited Paris on July 17th to cries of “Vive la Nation” and “Vive le Roi,” long live the nation and the king. The love fest didn’t last long. It was a matter of too little and too late.

Civil authority quickly broke down with random violence, attacks on nobility and clergy, and general paranoia. Soon there was a complete collapse of law and order resulting in what it often referred to as the “Reign of Terror.” 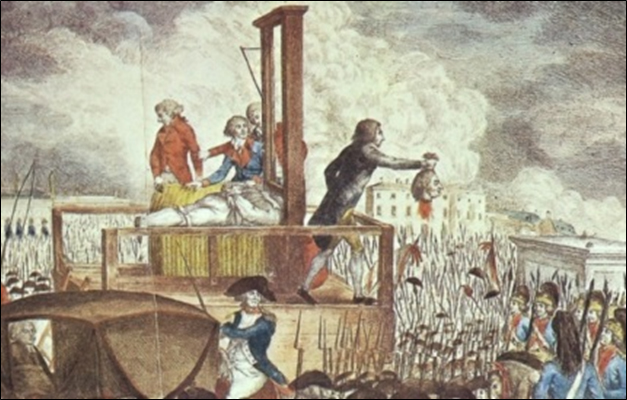 ­Maximilien Robespierre took control of a newly formed Committee of Public Safety and declared the end of the monarchy. Under the umbrella of his power, an estimated 450,000 people lost their lives. As many as 40,000 were executed without trial of any kind.

In portions of France such as Normandy, Brittany and Vendee civilians turned against the revolution. In the heart of France, the economy continued to worsen. Soldiers went to the countryside to arrest farmers and seize their crops. It was still not enough to feed Paris.

During the following decades, there were republics, empires, counter revolutions and wars with Prussia, Austria, Great Britain, the Dutch, the Holy Roman Empire, Portugal, Naples, and Tuscany. Rest, peace, and stability were not within the grasp of the French people for a very long time. 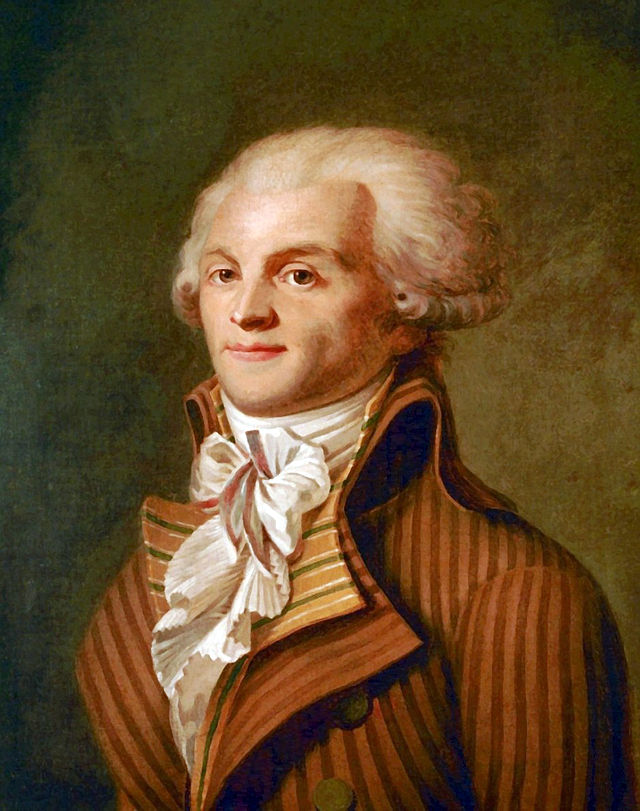